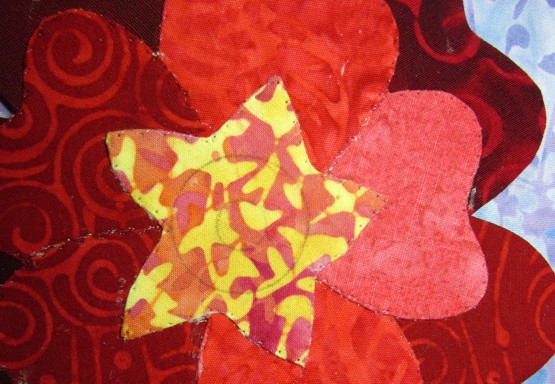 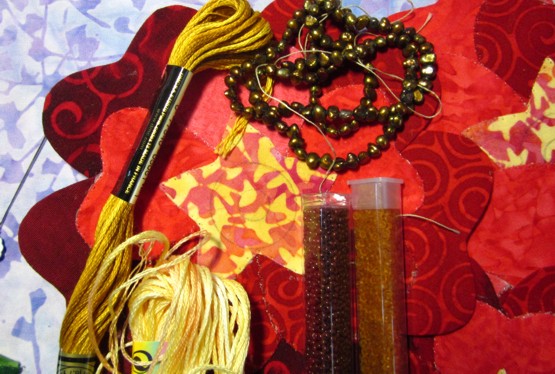 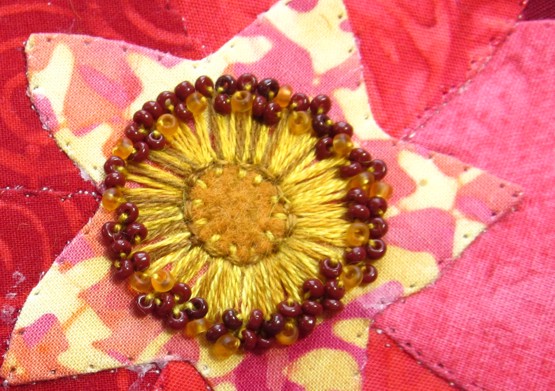 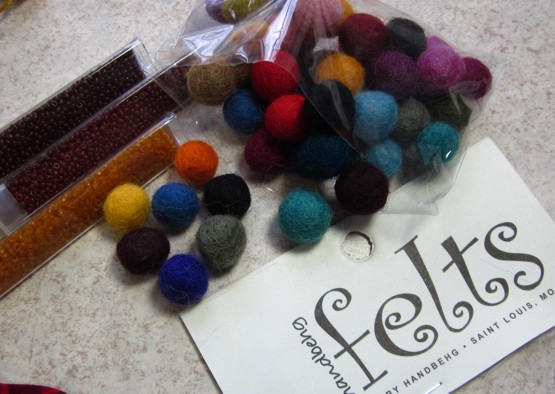 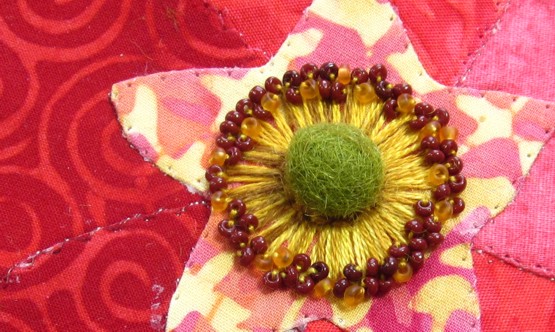 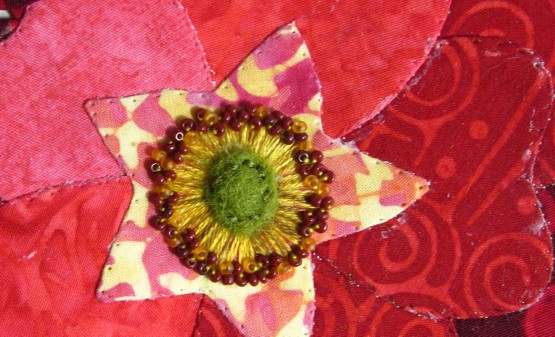 Next step is to add veins to the petals. I've used two strands of a six strand floss, and I'm not sure if I like it. The lines feel a little too pronounced. I may try a single strand, or I may add the veins when quilting, or, I might just keep going as is. These things must be done del.i.cate.ly, my pretties!
Posted by Beth Ferrier at 11:05 AM