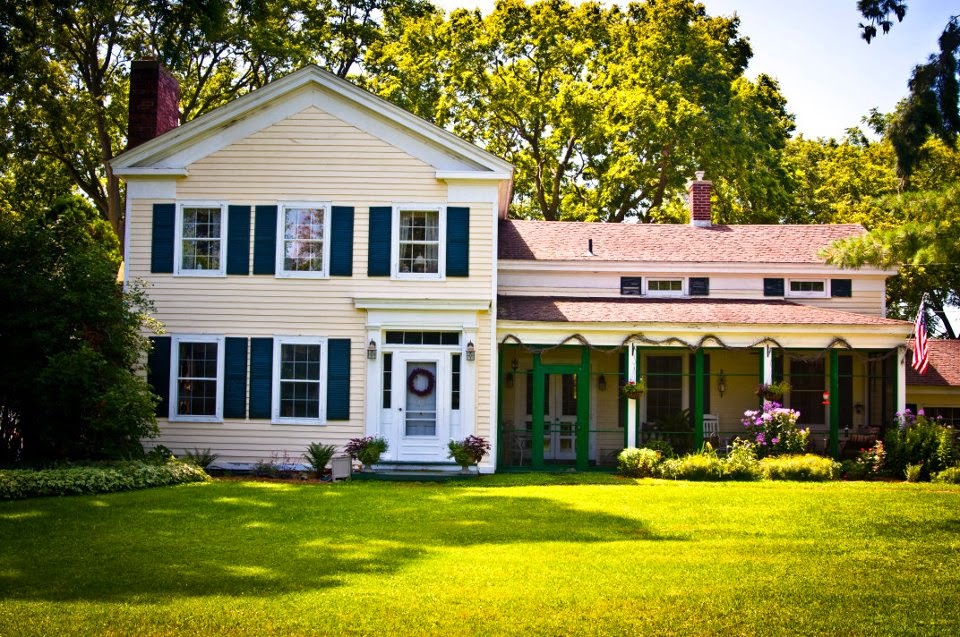 The long-awaited other shoe has finally dropped. The job transfer has come through and we finally know where we're headed. There are still some details to work out, but it seems that Kent and I will be moving to Green Bay, Wisconsin sometime this spring.

The time has come to say goodbye to our treasured home. We have lived here nearly twenty years. This wonderful old house is practically a member of the family.

Click Here for more information, and a tour of the house.

When the realtor, my mom and I turned the corner into the driveway, all those years ago, it was love at first sight. We hardly got past the back hall and into the kitchen (which was orange and black, for heavens sake!) before I was convinced that this house was the perfect place to raise my four rowdy boys. More than that, though, I felt like the house was choosing us.

We've left our mark on this historic old home, to be sure, a lot of living has gone on here in the past two decades. This house has been filled with love and laughter, even when times were hard. We've celebrated birthdays and graduations. We even had a bride come down the wonderful old staircase, something this mother of boys never expected to see.

It's magic here, it really is. I wonder who the house will choose next.

Email ThisBlogThis!Share to TwitterShare to FacebookShare to Pinterest
Labels: Family, In my Garden, Joy

A Fine Romance - Step One, The Sashing Strips 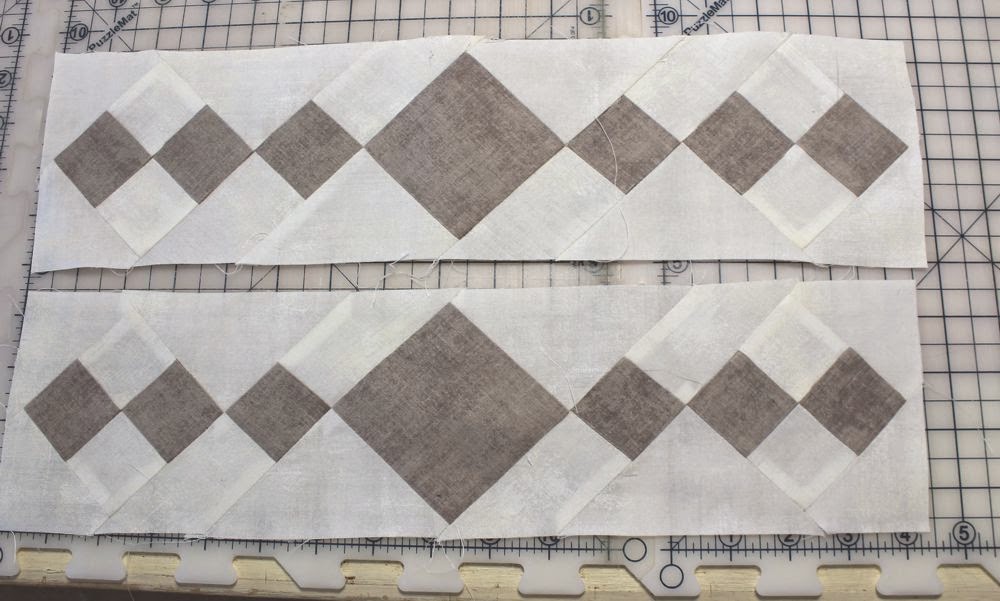 It's all about between, which perfectly sums up my life since the beginning of the year. Personally, we're still waiting for that other shoe to drop. Any.day.now. And then there are these sashing strips. Simple shapes, right? Easy Peasy. Well, as it turns out, yes and no.

Electric Quilt is just the best for designing quilts, especially the piecing part. I use it all the time to build the framework for my applique designs. One of the functions I love the most is being able to print out rotary cutting instructions for each block. It's terrific! The default setting is to state the sizes to the nearest eighth of an inch, which is just right most of the time. 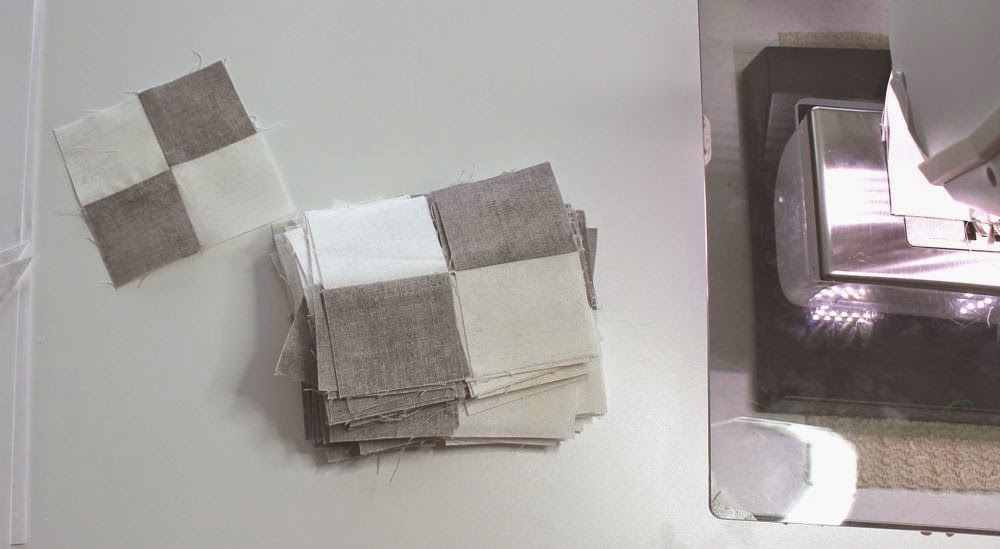 It wasn't until I'd stitched out all sixty-eight of my four-patches, and then added the half square triangles that it occurred to me to measure the thing. They were about an sixteenth of an inch shy!

Now I know that I already have some quilters shaking in their shoes because there are no many eighth of an inch measurements. For the life of me, I don't understand the fear. The eighths are as clearly marked as the quarters and halves! I could only imagine how heads would explode is I suggested that anything be cut to a sixteenth of an inch. (Even though it's only halfway between the eights, how hard is that?)

So I fussed around and found that by rounding up on some shapes and rounding down on others, and with some careful attention to seam allowance, the sashing strips come out to pretty close to the right size. So, my dear quilting friends, just stay vigilant about seam allowance and all will be well.

What I thought folks would get their knickers in a twist over was the zillions of four-patches. Strip piecing is not my friend, especially the part where I have to cut each segment individually. So I wrote the pattern for both strip piecing and cutting the individual squares.

Step One is posted here. I'll have two more blog posts on piecing strategies in the coming days.

And just because the cold and gray of winter is finally getting to me, and I can't stand how gray and lifeless this post looks, here is a gratuitous picture of preparing the large flower applique pieces. 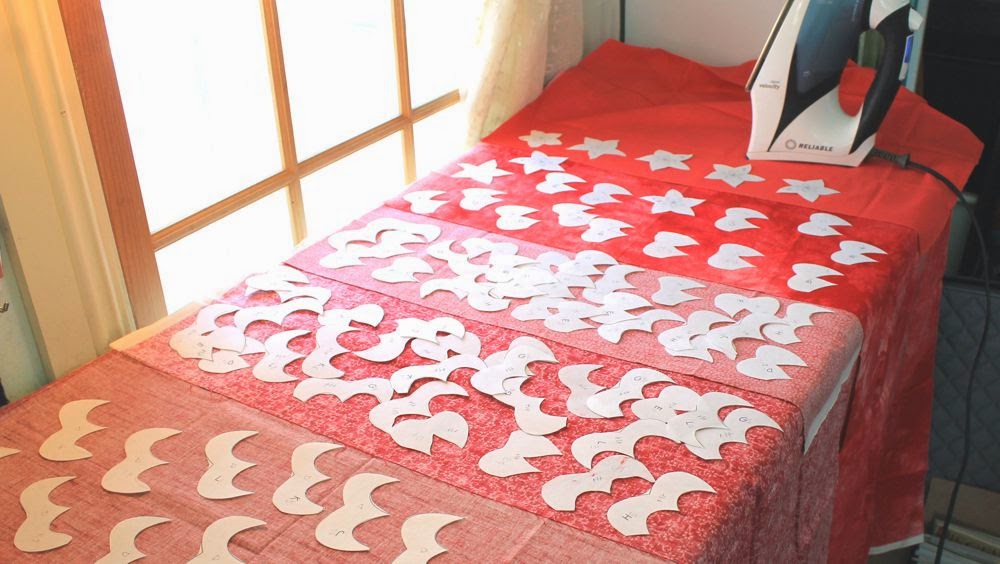 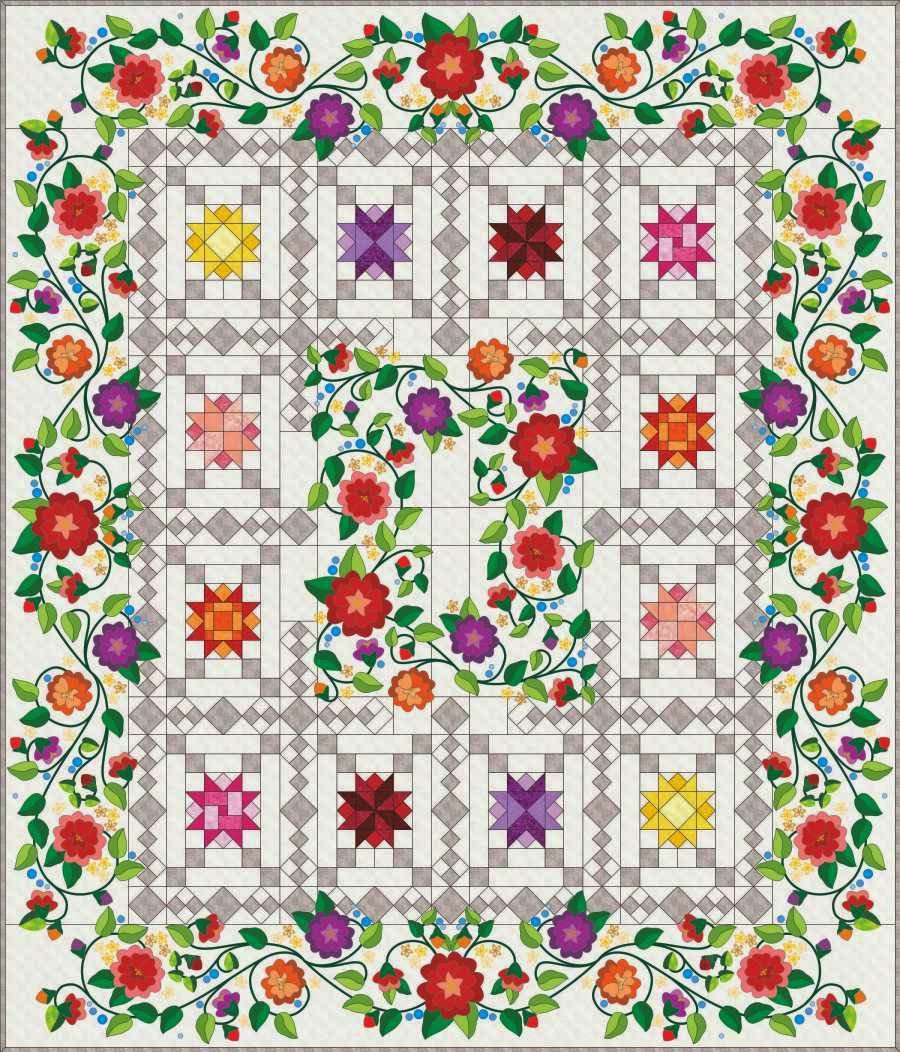