I was mostly lost during my shortened summer sabbatical. I have been running up against deadlines for decades and I just didn't know how to handle the freedom. I spent a lot of time in a sort of free floating soup of guilt for not being productive, what ever that means. When Craftsy gave me a deadline, and a short one at that, I breathed a sigh of relief. I guess I love structure, and nothing provides that better than a deadline.

In trying to find a groove I started all sorts of projects, looking for my muse, I guess. I started socks: 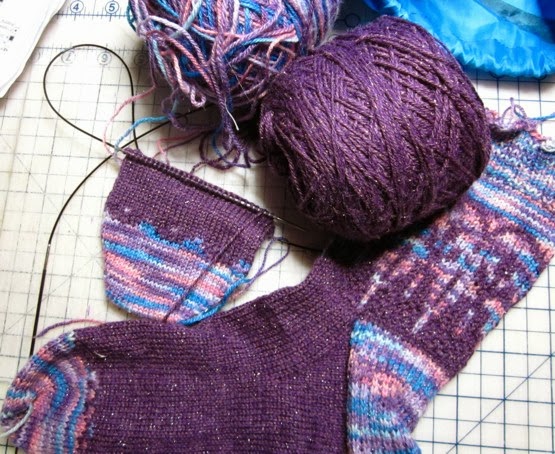 One sock syndrome, not usually a problem for me, strikes again. I know there is another pair of colorwork socks, partially done, hiding in a basket somewhere.

I started a softie: 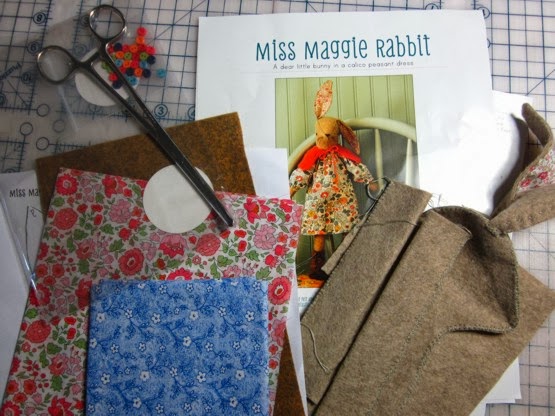 I insist the purchase of the kit was totally industrial espionage. From Posie Gets Cozy, one of my all-time favorite blogs, I thought it might be fun to make something three dimensional. I used to make dolls and teddy bears all the time, but here it sits.

Then there's the sweater for Camp Loopy: 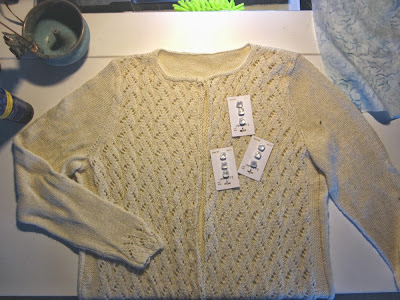 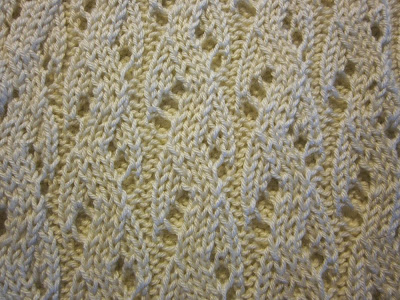 I'm really pleased with the way the lace blocked out.

There are other projects waiting for completion, the basket of roses, the crazy quilt cat just to name a couple. I am working on the roses, stitching the motifs to the background. I'll show you my progress shortly.

Some great successes came in August and September, which have helped me come to decisions I have been struggling with for some time. All in all, it's great to be back in the saddle. Hmm, which of these projects shall I work on today?
Posted by Beth Ferrier at 10:23 AM