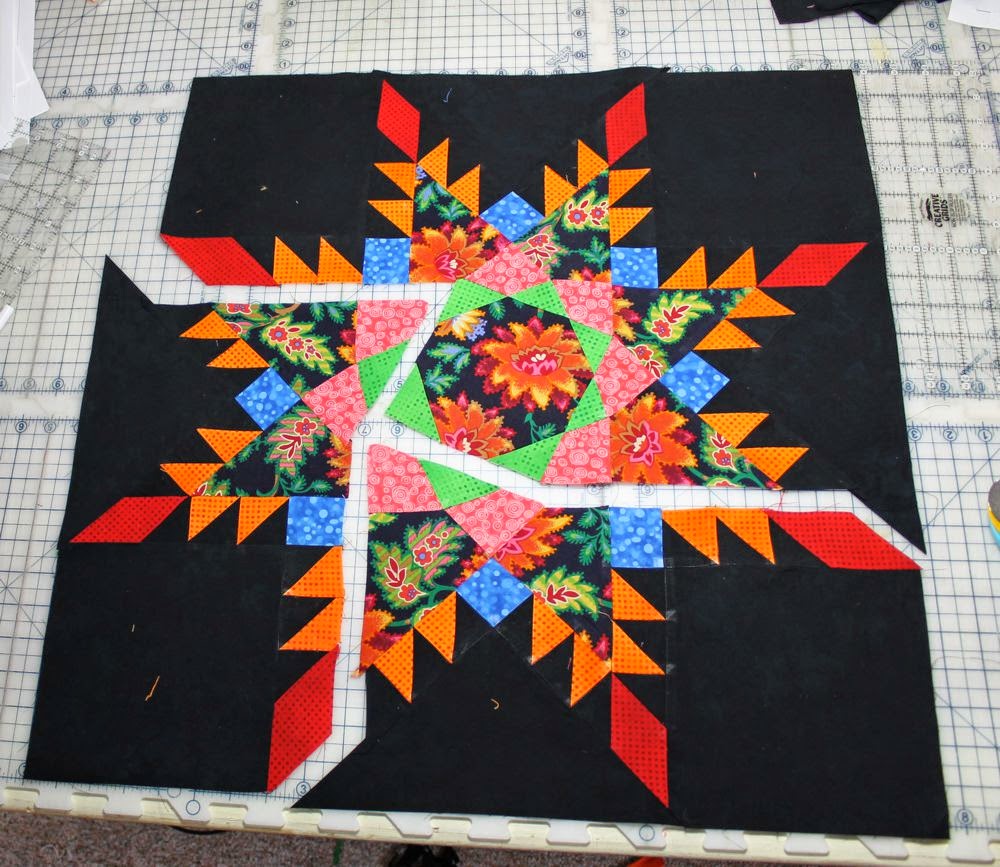 I've loved the challenge of this quilt, and I'm seriously considering making it again. I'm sort of into pastels at the moment, so maybe I'll make a very girly version to replace the one that got away.
Posted by Beth Ferrier at 9:16 AM