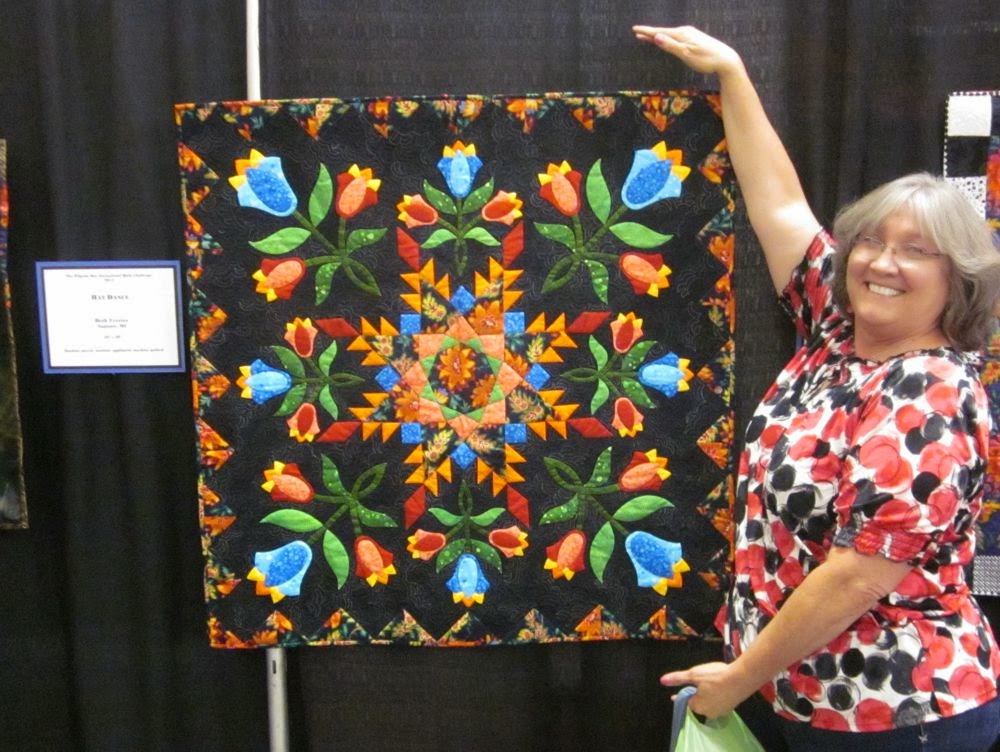 Here's my Pilgrim/Roy Invitational Challenge quilt, hanging in a special exhibit at the American Quilter's Society show in Grand Rapids, MI! On my list of things to see at the show, I had to get special dispensation from the show organizers (Bonnie Browning herself took the picture) because the exhibit was labeled as no photography allowed.

Honestly, this is pretty much the only way one of my quilts will hang in a national show. Competition is just not my cup of tea. But thank goodness that there are so many quilters willing to show their quilts, or we would have nothing but vendors to see at a show.

Not that that would be a bad thing. Of course I checked out the vendors! I saw a fabric that I adored, and then didn't buy it because it wouldn't be enough to be the background for a queen sized quilt. Stupid, stupid! It would have been perfect for a smaller project. I can have such tunnel vision when it comes to purchasing supplies. Sometimes my need for an orderly stash really hampers my shopping.


I didn't see much that was new, but I did enjoy reconnecting with some old pals. I was heartened to see so many traditional style quilts and vendors. I thought that the modern quilters had pretty much run us out on a rail. But, it seems that we're still going strong, and maybe I will go back to designing new quilts and writing patterns. 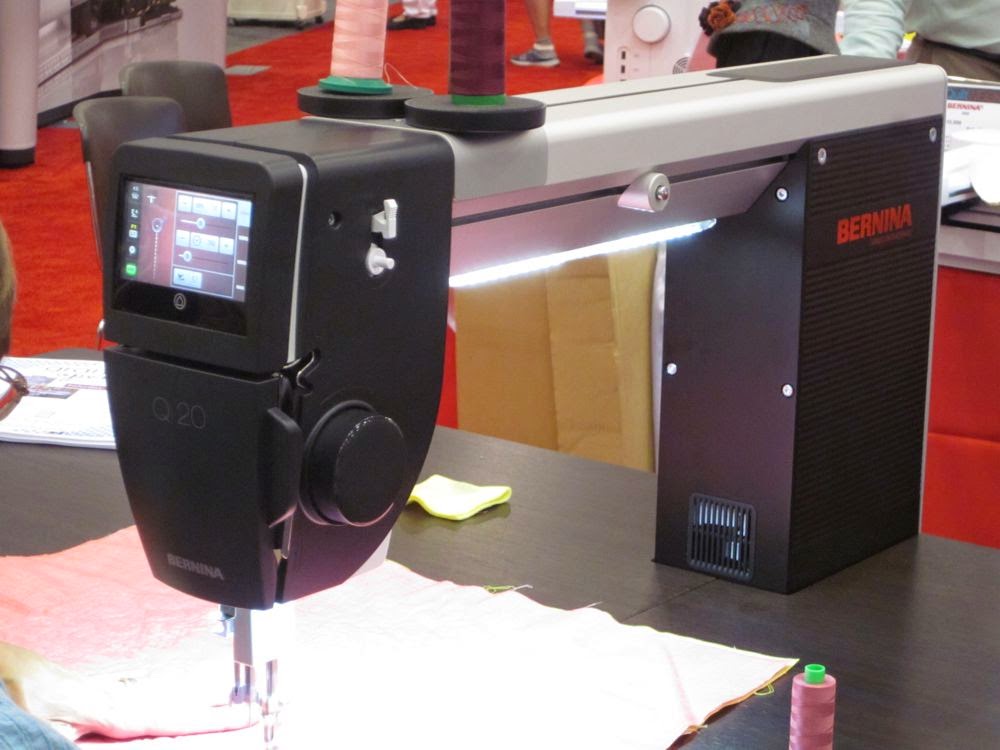 One thing that did catch my attention was the brand spanking new Bernina sit-down quilting machine.  How long have we been asking for this? Only one of two machines currently in the US, I was able to sit and stitch for a bit, and it's lovely. It's quiet, and it has the capacity to use regular sewing machine needles as small as 70/10! For most quilting machines, it's 90/14 or bigger, and I know that folks do wonderful things with those needles, they've always been the deal breaker for me. But now... well, I guess it's time to start stuffing that piggy bank. They won't be available until next spring, so I'll have plenty of time to skim some cash off the grocery budget. (Don't read that sentence, Kent. I'm just kidding, really. Sort of.)
Posted by Beth Ferrier at 5:00 AM