Because I am a clutz 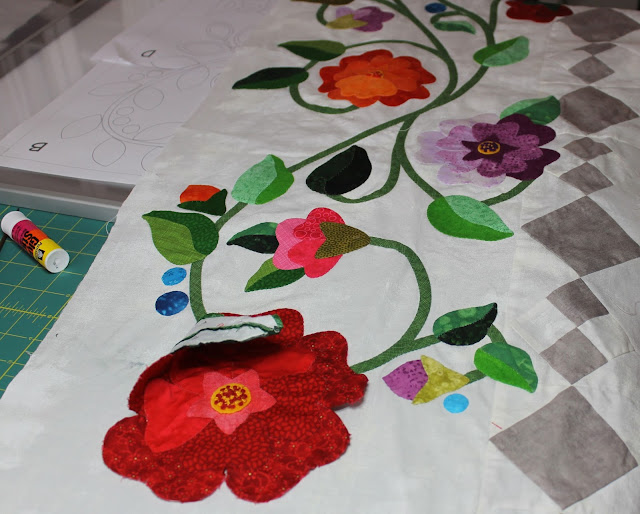 I really should know better than to leave a cup of coffee near anything I value. This time it was just a few splatters on the unsewn end of one of the applique borders. It would have been luckier if it had been on the border that isn't sewn yet, but I don't know anyone who plans on being a dork. 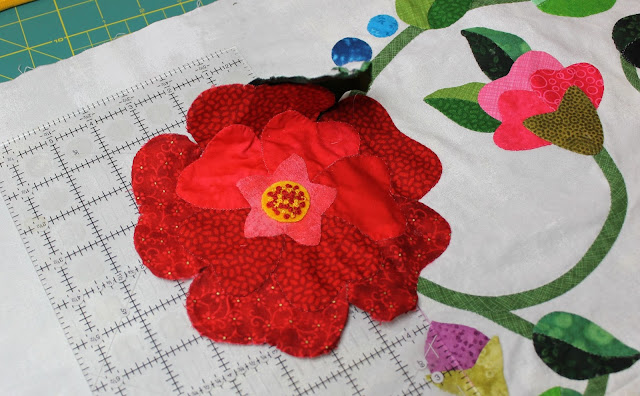 Most of the coffee washed out, what remains will just add to the subtle variations already in the fabric. Despite my best efforts, washing out the coffee also meant getting part of the applique wet. This half of the center rose was left unstitched, waiting for the remaining applique shapes to be pinned in place.

After washing I tossed the border into the dryer. I certainly didn't want to leave it sitting wet, a sure invitation to any colors that might feel like a jog into the background fabric. I had to leave the house, and I didn't want to leave the border all jumbled up in the dryer, especially if it didn't get entirely dry. So I spread the border out on the cutting table and slipped a ruler under the applique to protect the background from the slightly damp fabric. 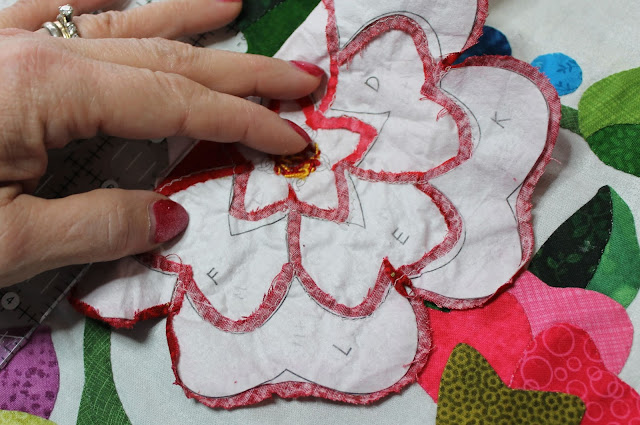 The piece got wet enough to release some of the glue basted edges. Some of the Wash Away Applique Sheet templates also started to disintegrate, but a little quality time with a glue stick will fix this right up. Disaster averted this time, but somehow I doubt that I've actually learned my lesson.
Posted by Beth Ferrier at 12:30 AM