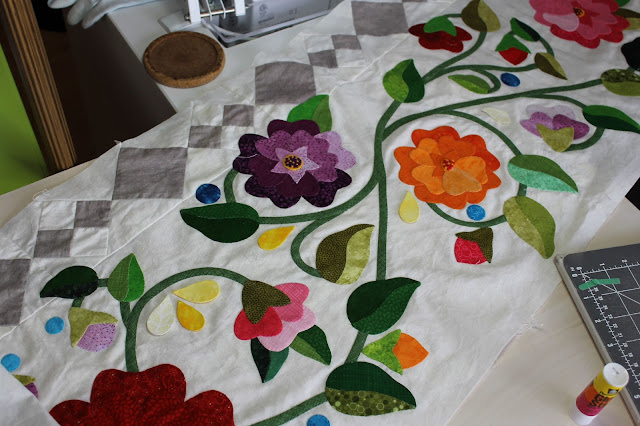 There was no doubt that the applique needed some yellow. It was always just a matter of how the yellow would get there. Originally I had intended to embroider simple flowers, just lazy daisies, in several shades of yellow pearl cotton. I even stitched a few in place. But it just didn't work for me.

I decided to just stumble ahead and hope that an idea would present itself, and it finally did. I've been trying to be less literal in my applique design. I think my science background just hungers for accuracy. But my flower garden isn't a faithful rendition of any real flowers. I could call them zinnias, or cottage roses and you'd probably go along. And all those circles I like to toss in, what are those supposed to be in real life? 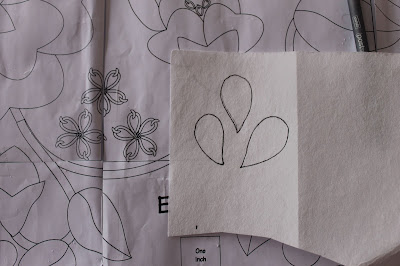 It occurred to me that if random circles are okay, perhaps commas could work. It's a shape that I like a lot. It's the shape of a single feather in traditional quilting. It's a paisley, or a petal. They have a bit of motion, with that little curve by the point.

So, out came a scrap of Wash Away Sheets. 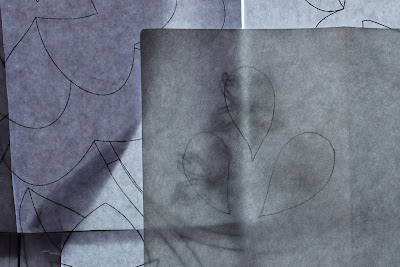 I used a pencil to sketch out the shapes, using the original placement lines for the embroidery flowers to suggest the size. (I've traced over them with sharpie here so they are easier to see.) 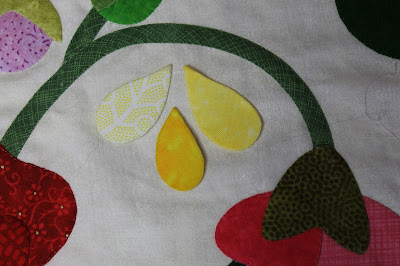 Working with the same fabrics from the yellow pieced block, I made up a few, just to test out the idea, and I liked it! 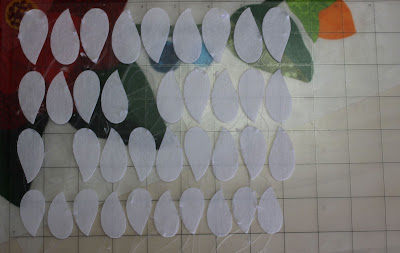 Since I figured I'd roughly need about six thousand templates (slight exaggeration, it's actually closer to a hundred), I recreated the shapes using my Silhouette and let the machine do the cutting. 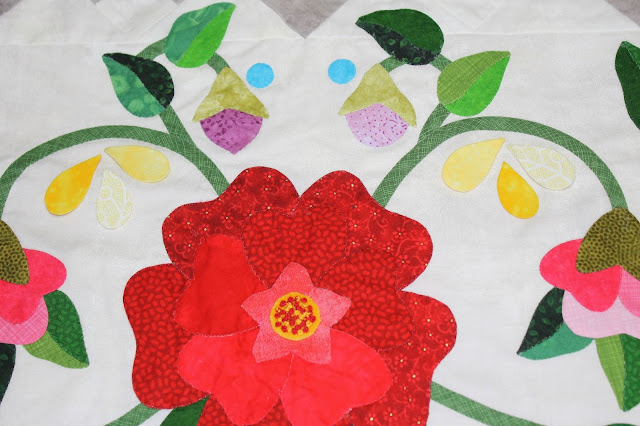 So, I'm busy stitching down commas. My literal brain really wants to add a couple of green lazy daisies to the base of each comma, just to give them a place to grow from, you know? But I'm resisting. At this point it's hard to tell if what I'm adding is improving the design or just a ploy to prevent me from finishing.

Thanks so much for all your kind comments and concern. I'm feeling terrific. I've worked through the shock of having a heart attack, which is something that happens to other people, and celebrating the extra time I have been given.