So I know I'm not working 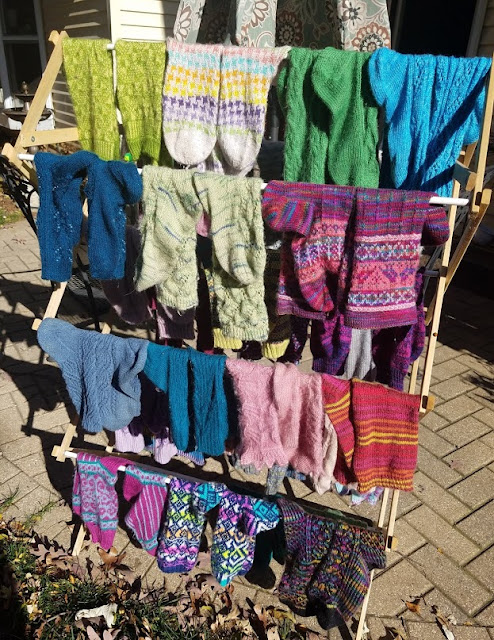 I think I was maybe eight years old when I learned to knit. My mom was working on mittens. (With six girls, one of us was always a mitten short of a pair.) I was breathing down her neck, watching the magic of flashing sticks and string turning into warm and wonderful mittens.

She handed me a couple of needles and a ball of yarn and told me to stop bugging her. I blissfully toddled off to a corner, wrapped the yarn around a needle and made knitting motions until some of the stitches stuck. It was a raggedy mess, but it was knitting and I was smitten.

I'm pretty sure my mom never enjoyed making mittens because when she saw the opportunity to relegate the chore to me, I got a couple of quick lessons and I was off to the races.

Before long I was using finishing nails and crochet cotton to knit sweaters for my Barbie. As a young adult, I was always the first to know of impending baby showers so I would have plenty of time to knit a layette.

Then I learned to quilt, and it consumed me. It was the mathyness of it, I think, that first seduced me. And the relative permanence, given that I was a stay-at-home mom with four little boys who gleefully undid everything I did during the day. It's a lot harder to outgrow a quilt than a sweater. Before too long, quilting became not only my passion but my job. I had to figure out how to come home from work. 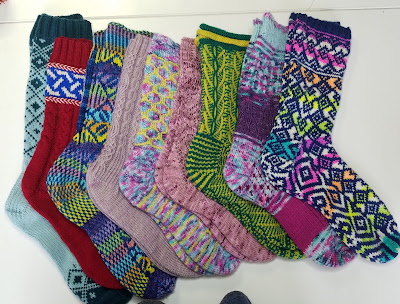 Knitting socks turned out to be the perfect distraction. They're a relatively small project. They're easy to fit, mostly by just making them longer or shorter. The architecture is endlessly fascinating. Knitters wax poetic over graceful heel-turns and gussets.
A few years back I learned about a sock knitting competition. Yeah, you read that right. Sock Madness is an annual sock knitting competition. Hosted on Ravelry.com, it's honestly the most fun I've had with my clothes on. 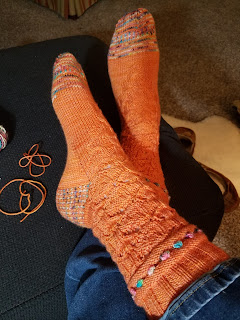 There are few things that I enjoy more than learning new stuff, especially about fiber hobbies. One of the amazing things about Sock Madness is that it has introduced me to many new knitting techniques, all while trying to knit a pair of socks faster than anyone else. It's a testament to how well the patterns are written, which, as a pattern writer, I greatly admire.
Sock Madness is gearing up for this year's competition. It really is friendly towards knitters of all skill levels, and you can be as competitive as you want. (I'm only competitive when there's a contest. Two years ago I made it all the way to the final round!) It's fun and friendly, supportive and silly and a terrific way to be distracted from the insanity of the world outside.

One of these days I'll design a pair of socks on my own. I've resisted because that's how I ended up with a career in quilting. And there are just so many folks willing to so beautifully do the thinking for me.