It started when my son, Caleb, posted this on Facebook: 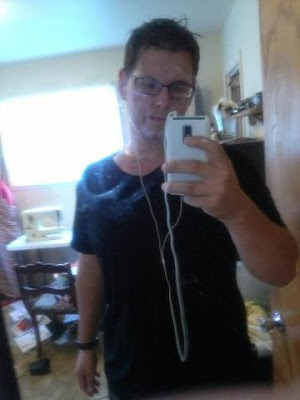 He says: 5K in the rain. Feeling good. (Notice the sewing machine in the background? MIL loves to see evidence of sewing.) 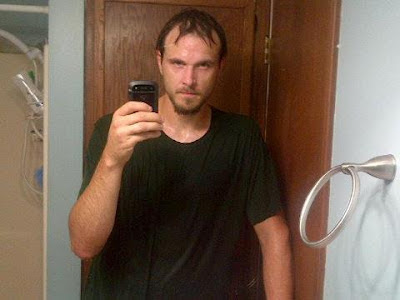 Next we hear from the youngest, David: 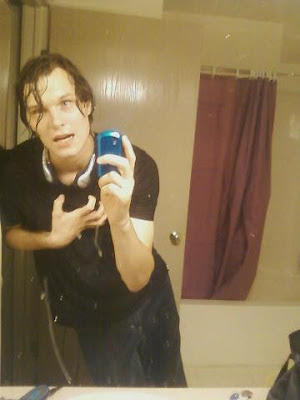 He says (with some editing due to repeated use of his favorite swear word): Not to be outdone by my brothers Nate Ferrier and Caleb S. Ferrier I went for my own (expletives deleted)...my lungs! My @#$% LUUUUNGS ::wheeeeeeeze:: ::cough cough::  That's it. I'm quitting smoking. Today.

And then we hear from Jacob: 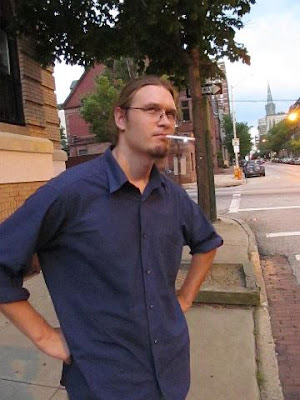 He says: Not to be shown up by my three brothers, Caleb S. Ferrier, Nate Ferrier, and David Ferrier, I went out for a run, but unfortunately, it is not raining in Baltimore.

When Kent and I saw these posts we just had to play along. 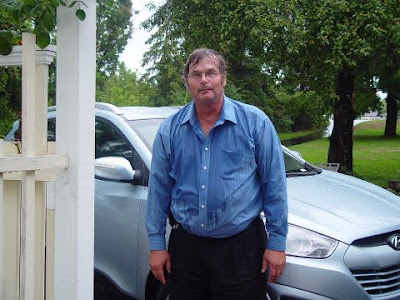 Kent says: Not to be shown up by my sons I drove 5 hours in the rain for a two hour meeting. (He sprayed himself with the hose to reach the desired degree of dampness.) 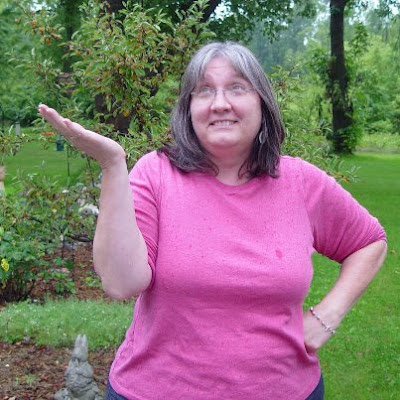 I say: This is what comes of letting you guys play in the rain. And this is me, standing in the rain to take the picture of your dad. I do love you all so!