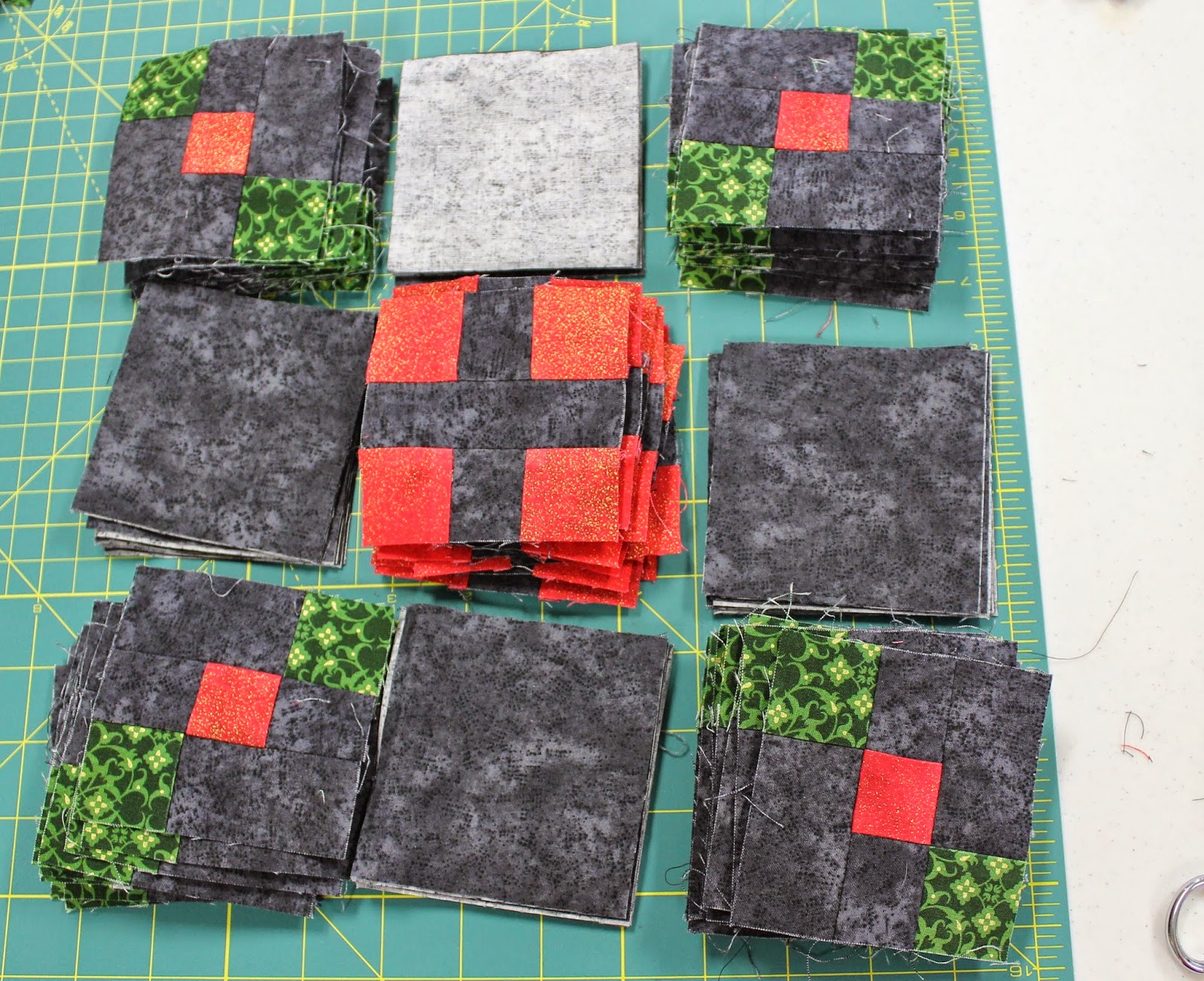 When last we met I was regretting my decision to strip piece these units. Much to my dismay, even though I was feeling pretty smug about how carefully I had pressed them at the time, I found all sorts of pleats in the seam allowances at I put together the blocks. Let's just say there was a whole lot of easing going on.

There was also the ongoing question of what the he-heck I was thinking when I designed this quilt to have roughly two billion tiny squares. 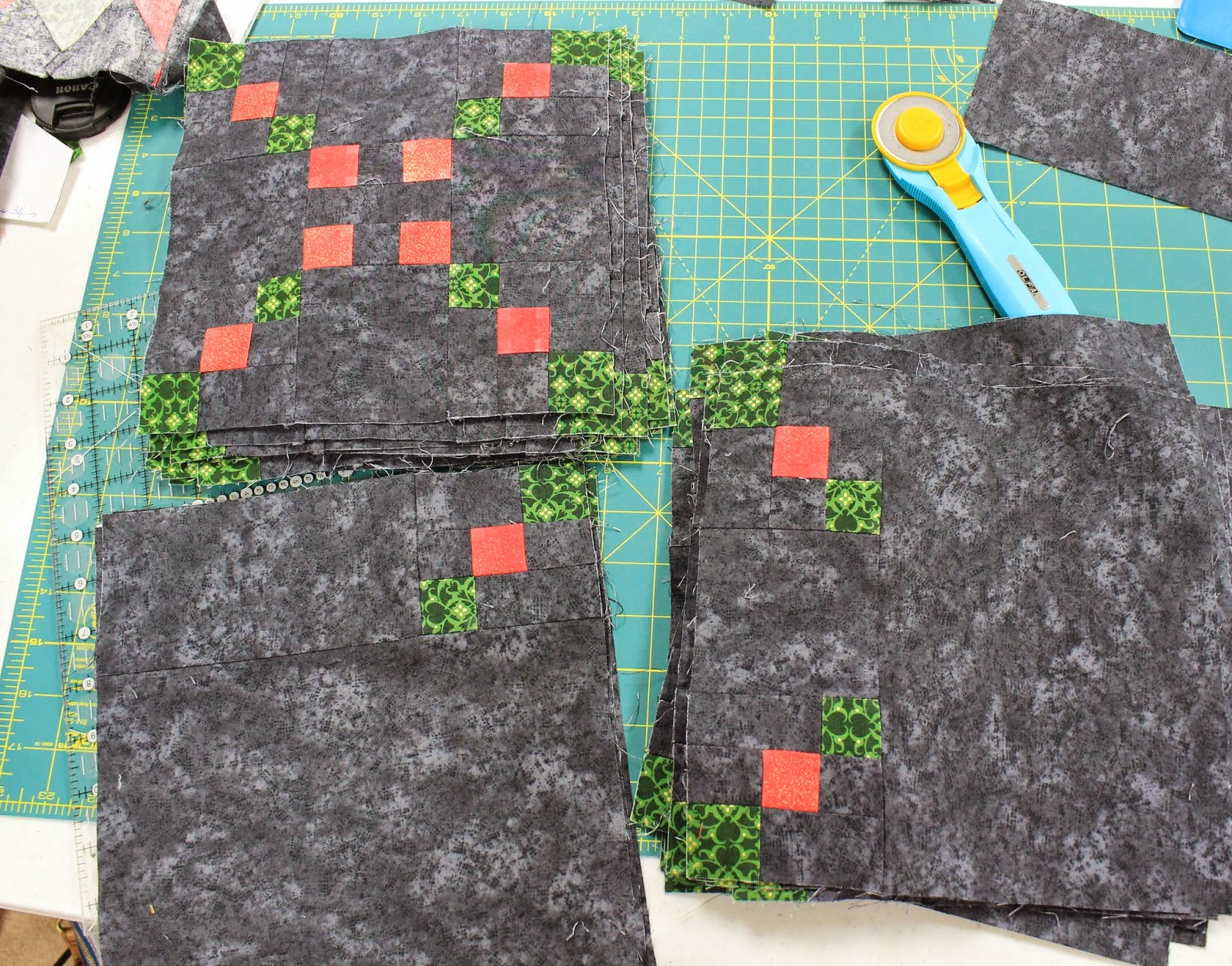 The color is a little washed out here, but the alternate blocks are all done. Almost all of the teeny-tiny pieces are done. Yeah, right.

There are also thirty-some sashing strips to be done, and of course, they all contain itty-bitty four-patches. This time I came to my senses and cut first, sewed second. Being able to cut eight squares at a time made short work of it. 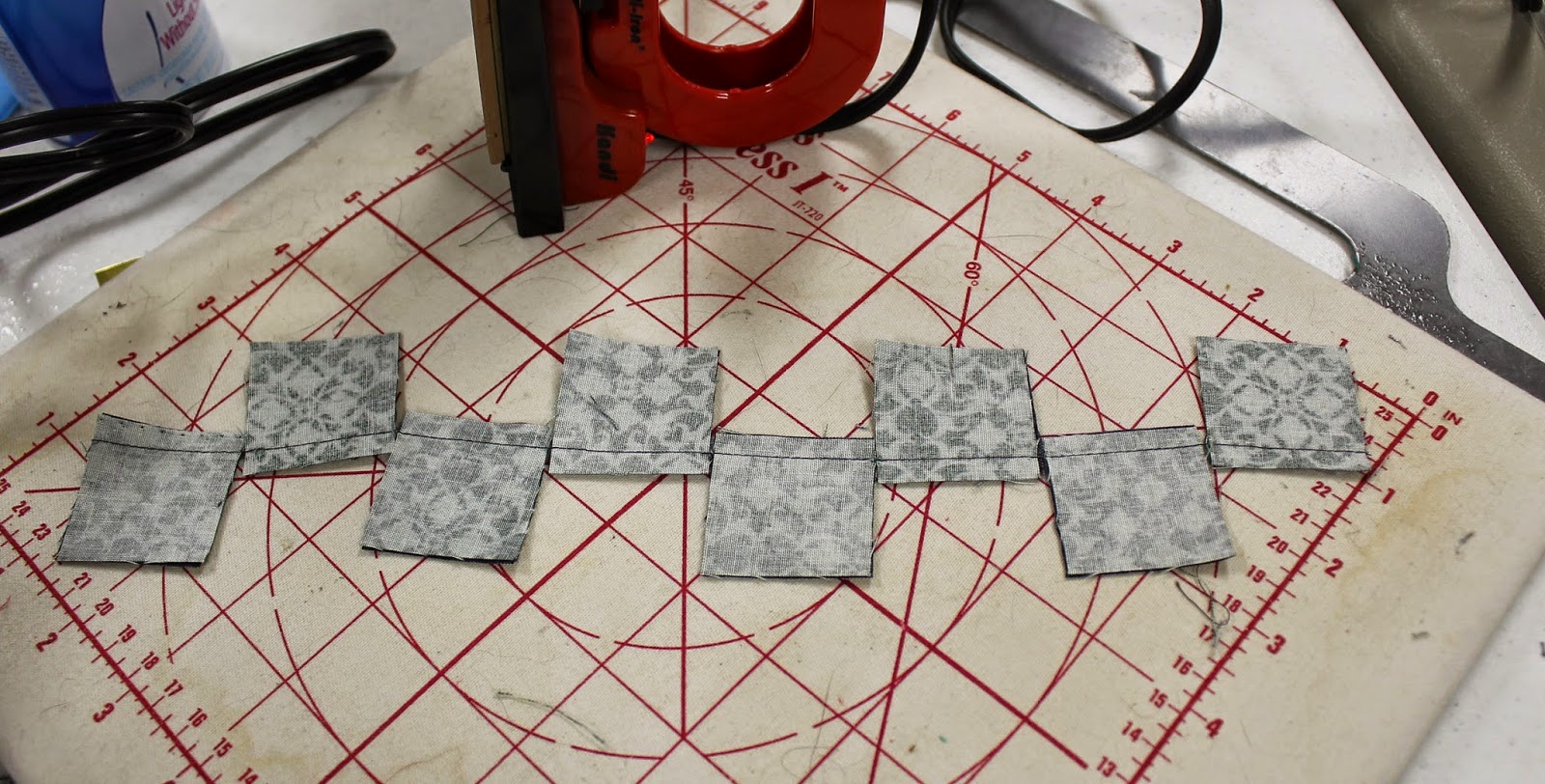 I've set them up on my ironing pad for what I call "flip-flop pressing". You can sort of see that the green fabric is showing on each of the sewn pairs. I want these seams to be pressed away from the background fabric, or towards the green fabric. I've alternated the pairs so that the thread within the four-patch will act as my pin for a super tight intersection. Once pressed, the thread was cut between the units, but not within. 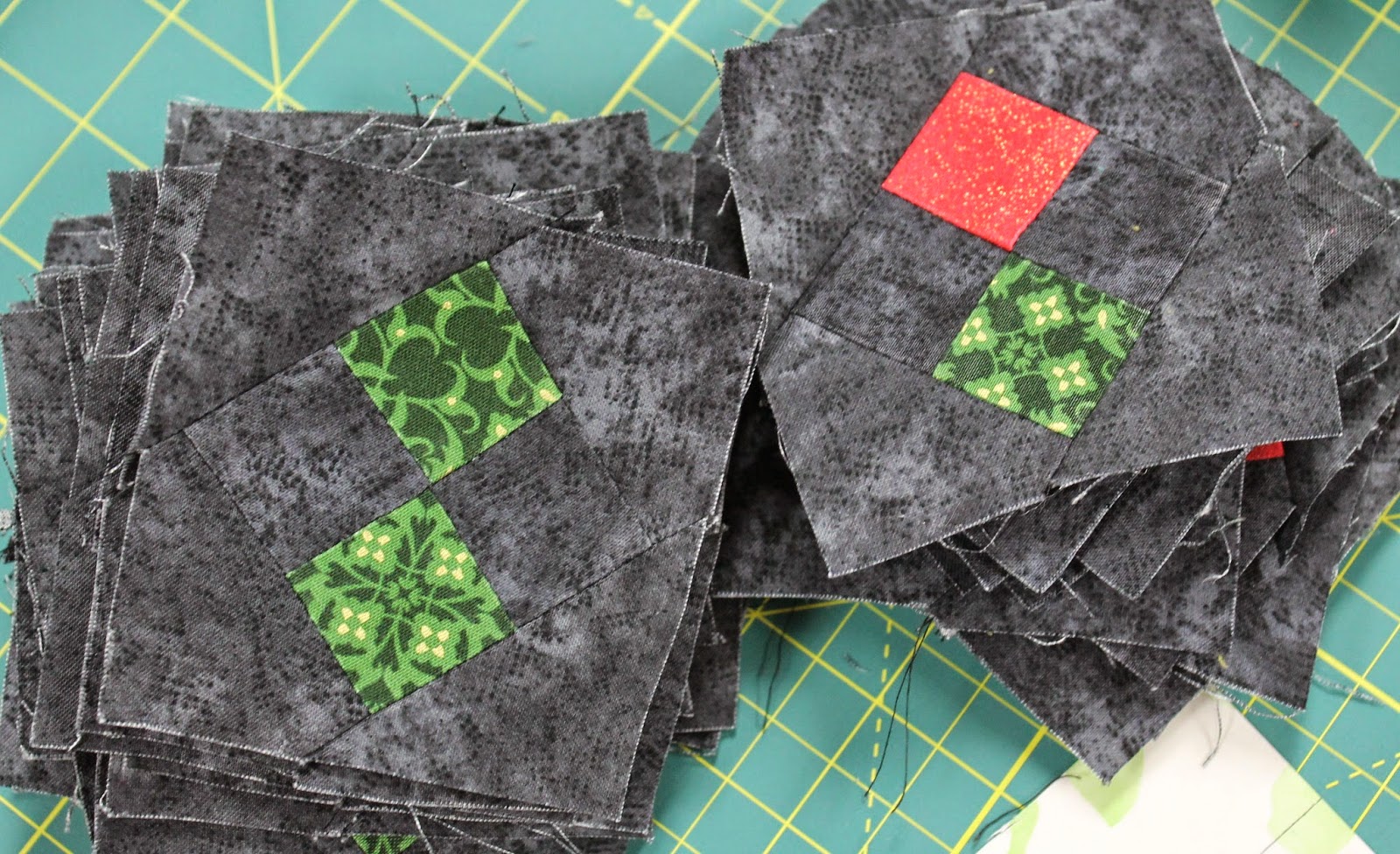 Here they are, set on point with side triangles and ready be added into the sashing strips. It was about this time that I finally figured out that some of my piecing issues were due to a slightly generous seam allowance.

I'm working with a machine that is brand new to me, and I can't tell you how long it's been since I've actually sewn anything, so I just figured I was out of practice. But even when I was paying close attention to positioning the fabric, the seam allowance was still too wide. Moving the needle position one to the right solved the problem. I'm glad I figured that out before heading into the more involved parts of the quilt.

This is my "socialization" project. I only work on it at the quilt shop, during Open Sew or Sleep at Home Retreats. I figured I'd be able to knock this quilt in no time at all. About two days into the retreat I was so busy having fun that I forgot about taking pictures, and eventually gave up speedy progress because I was too busy laughing my keister off.