A garden where none was before 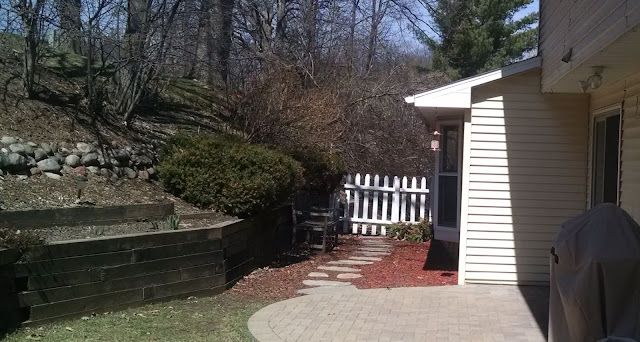 It is fair to say that the folks who owned this house before us were not into gardening. They said so themselves. Most of what lives in the ground here has been in place for almost thirty years. Like the evergreen bushes that left the front yard earlier this summer, and the ones blocking most of the sunlight into the studio.

My original plan was to turn this area into a dry river bed, shade garden. It was dark, gloomy and uninviting. But when those nasty bushes (does anybody really like them?) were removed my whole plan changed. 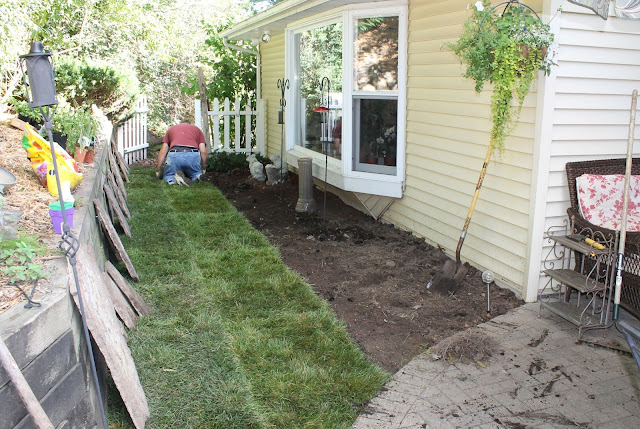 Suddenly we had sunlight! When I say "we" worked in the garden mostly I mean Kent does the hardest, sweatiest parts and I zoom in at the end and make the pretty part happen. I'm also usually the one who thinks up the plan. Luckily, Kent is willing to play along. The walkway stones are leaning on the retaining wall while the sod goes in. 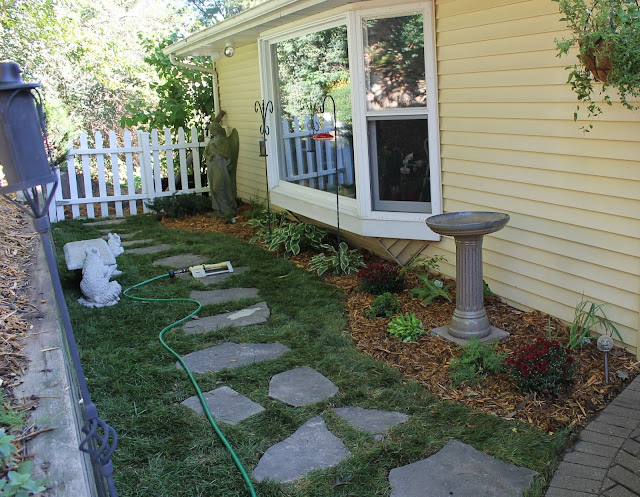 The angel, who has followed us from Wisconsin to Michigan and back to Wisconsin again has finally found just the right spot. Since this corner remains pretty shady, I've planted ferns around her. The birdbath end of the path gets marvelous afternoon light, so it's planted with sunny to partly shady plants that will bloom in the spring. I couldn't resist adding in a couple of mums for fall color. (I just may sneak a few pansies in there before the end of the planting season.) 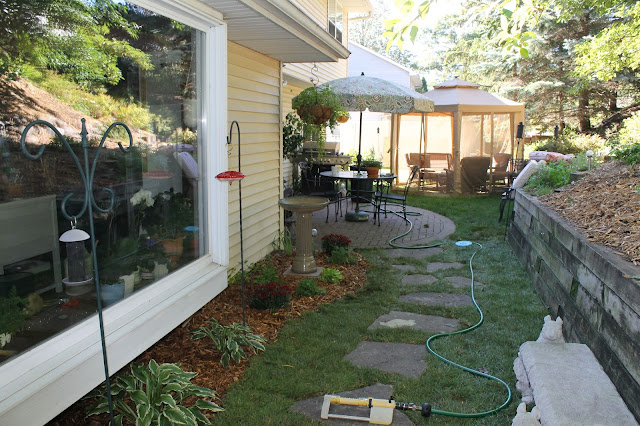 With the bushes gone I can see the entire garden from my desk. The bench is a wonderful place to be quiet and thoughtful. I think this will be the last big change we'll make to the yard this year, honestly there's not a whole lot left to do. Next spring Kent would like to turn that screen tent into a true gazebo. Slowly we are making this place into our place. It's hard to feel fully invested here, with the ties remaining to the house in Saginaw, but we're coming along. It may take a while to feel truly at home, but we do like it here.
Posted by Beth Ferrier at 12:30 AM

Email ThisBlogThis!Share to TwitterShare to FacebookShare to Pinterest
Labels: General Silliness, In my Garden